Arsenal midfielder Mesut Ozil says that his future is not important and that finishing in the top four is the biggest priority at the moment. 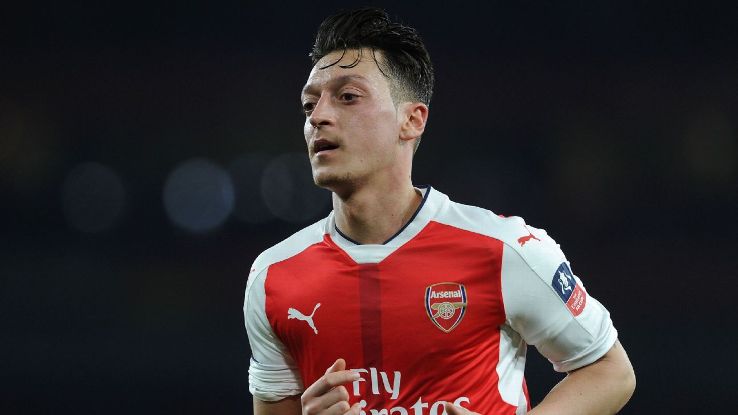 The midfielder is out of contract in less than 18 months, and he has been linked with a move to Manchester United or away from the Premier League. Ozil remains one of the biggest signings made by Arsenal in the club’s history after having moved from Real Madrid for a whopping £42 million in 2013. He has divided opinion amongst Arsenal fans in the last four years. However, there is a widespread consensus that the club may need to keep him in order to attract more top class players.

Ozil has so far been silent on his contract issue while it has been reported that the player would extend his current contract at Arsenal only if Arsene Wenger decides to stay at the club.

The future of manager Arsene Wenger is also under speculation as his contract runs out in the summer. A 3-0 defeat against Crystal Palace on Monday night left the club seven points behind the top four places, which is currently occupied by Chelsea, Tottenham, Liverpool, and Manchester City. Arsenal only have eight games in order to catch these opponents and time is running out for the club to qualify for the Champions League in a 21st season in succession.

“I think at the moment it would be wrong to really think about that, to go ahead and look at that. At the moment the team we’re having a more difficult spell and at this stage I’m not important and no other player is important. What’s important is the club. We’ve got aims that we want to meet this season. There’s still lots for us to play for. We want to qualify desperately for the Champions League for next season as well,” said Ozil.