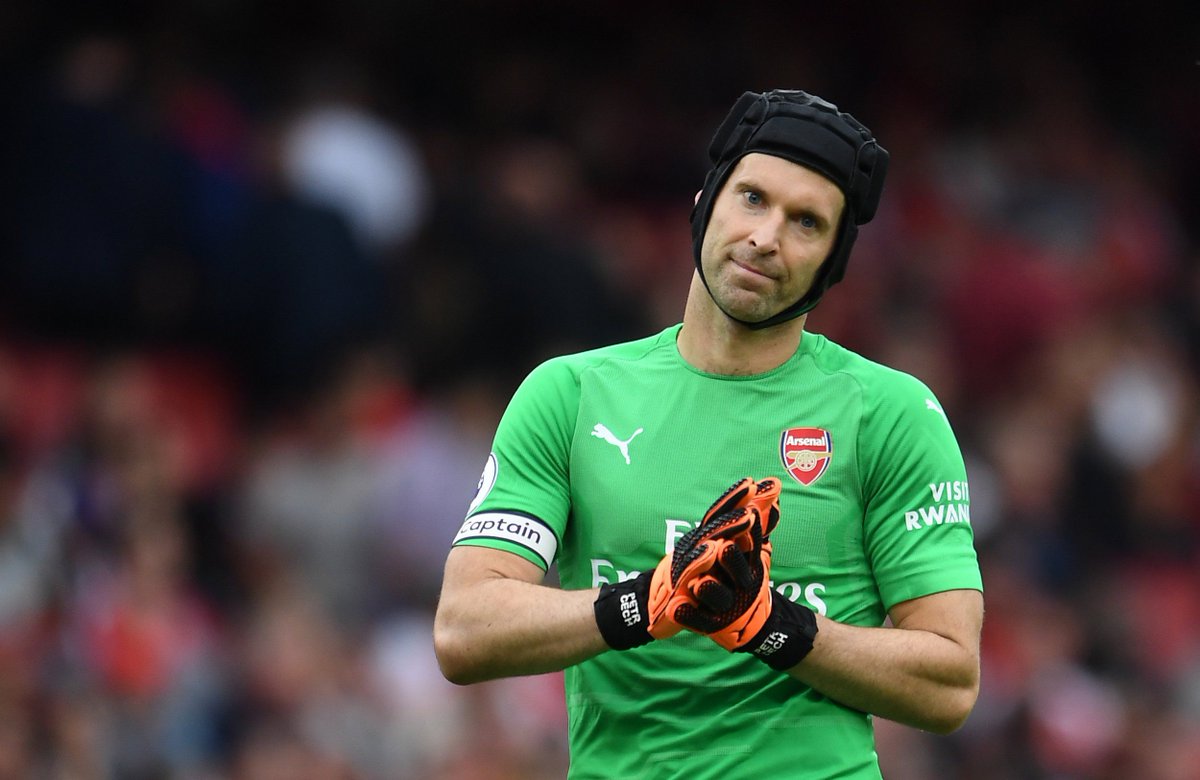 Being 26 years of age, his health and fitness to play is being assessed by the medical team of Arsenal. As per experts, having suffered a hamstring injury, he would have to lay up for a period of two to three weeks and the team management hopes that no more period is required for healing. Once confirmation is given for Cech’s injury absence, Emery would have to rely on the skills of Bernd Leno, who also proved a reliable ally in the game against Watford. END_OF_DOCUMENT_TOKEN_TO_BE_REPLACED 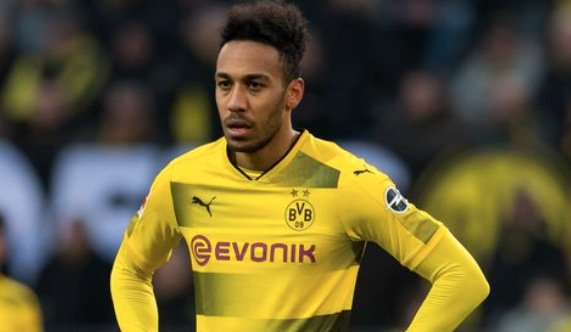 The embattled Gabon international is also very open to leaving Germany for England. Arsenal submitted a bid of £50 million but Dortmund rejected it. Having not made headway with the striker, they are willing to listen to offers but only from £60 million. END_OF_DOCUMENT_TOKEN_TO_BE_REPLACED 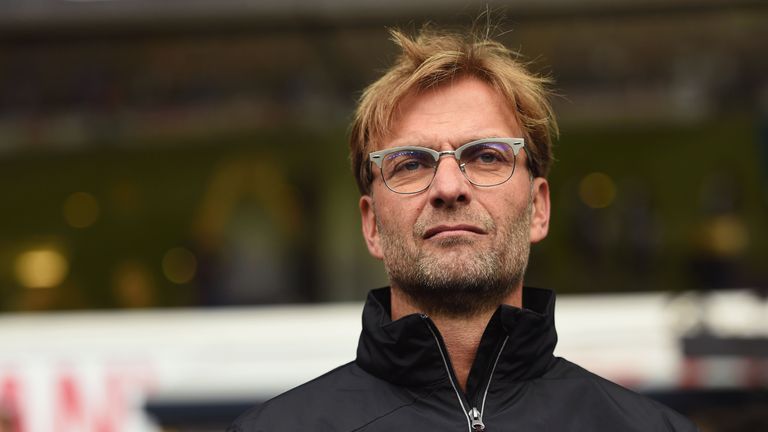 Arsene Wenger says that Arsenal could be boosted by the return of Mesut Ozil much earlier than expected. The German midfielder was diagnosed with a long-term injury that could have potentially kept him until the middle of January. He has missed the last couple of matches. Ozil is one of the several players on the sidelines for the Gunners, but Arsenal’s form has improved in the last few matches. He has not played since the 2-0 defeat against Chelsea, but Arsenal have been unbeaten in the last four. This includes two back-to-back victories in the Premier League, although they were only against Sunderland and Burnley.

The injury crisis slowly appears to be clearing for the North London team. They recently welcomed Theo Walcott back into action for the first time this campaign. The England international has spent several months on the sidelines after suffering a major knee injury at the end of last campaign. Ironically, Arsenal failed to identify the injury for Ozil and it was only brought to the attention by the German football Association when he was involved in the international duty. Back then, his recovery time was put at 12 weeks but Wenger says that Ozil could be back in around half that time.

“He is out for a while now, I think at least six weeks. I didn’t even know about it. At half-time, just before we went out, the physio told me he had a little pain in his knee, but it’s not bad and he wanted to go on. I told him ‘if you don’t feel well tell me and I will take you off straight away’, but he never did and I left him on because we needed to find a goal,” said Wenger about Ozil’s injury and the club’s failure to recognise this problem.

After coming so close to winning the Premier League last season, you could be forgiven for wondering just what has happened to Liverpool this year. With the campaign nearing its halfway point, Brendan Rodgers’ men currently find themselves all-but-out of the title race as well as facing the prospect of an early exit from the Champions League.

While the loss of Luis Suarez was always going to have a negative impact on Liverpool’s chances this season, Liverpool fans probably won’t have expected their team to look so far off the pace at this stage of the year. END_OF_DOCUMENT_TOKEN_TO_BE_REPLACED

Paris Saint-Germain midfielder Yohan Cabaye has admitted he could be tempted back to the Premier League after struggling to nail down a starting spot with the French champions. Cabaye returned to Ligue 1 in January after PSG agreed a reported £10million deal to sign the midfielder from Newcastle.

The 28-year old’s time in the French capital hasn’t gone exactly to plan, however, and the former Lille star has now admitted he is far from happy with his current situation and missing playing in England. END_OF_DOCUMENT_TOKEN_TO_BE_REPLACED

Mesut Ozil has so far been one of the important players for the German national team at the World Cup 2014. He has played a crucial role in the opening two matches against Portugal and Ghana. Germany managed a thumping 4-0 win over Portugal, which was followed by a disappointing 2-2 draw against Ghana. Despite this, they go into the final group match against United States needing just a point to qualify for the knockout stages. Depending upon the results, they could even do with a defeat and still qualify.

The have been suggestions prior to the match that Germany may adopt a defensive approach to the game against United States. The Germans are level on points with US, but they are top of the table because of a superior goal difference. Ozil, who came in for criticism towards the end of the campaign with Arsenal, says that Germany will not be going with the attitude of just getting a point. The German defence has also been criticised of late, as they have been conceding a lot of goals in the last 12 months.

“I believe that as a player we do not play for a draw. We play 90 minutes to score. Our purpose is to do our utmost to win, and that is what we will do. We want to finish top of the group. Nowadays it does not mean anything to this squad. Most of the players had not been born then. They would not have an opinion about that, they never watched it,” said Ozil.

Arsenal star Mesut Ozil recently came under fire from sections of this own supporters when he was playing for Germany in the warmup friendly against Cameroon. The last 12 months has been an up-and-down time for the German star. After his £ 42 million move from Real Madrid, he became one of the finest players in the Premier league with a range of passing that made him hugely popular. However, his performance started dipping to alarming levels in the second half of the season. This led to manager Arsene Wenger taking him out of the firing line for several weeks.

Towards the end of the season, he once again appealed to find his form and this was largely seen as the result of the best he had in the last few weeks. The criticism from the Premier league has transformed into the national team level as well. The 24-year-old found himself being booed by some of the German fans when he played in the warmup friendly against Cameroon. Despite being one of the important players the team, it was surprising to see the former Real Madrid man suffer this abuse. After the match, Ozil stated that he wants more respect from the fans as he is giving his 100% to the cause.

“I am no longer a talent but an experienced player who has played in three countries. I take responsibility. The FA Cup win means that I have won three finals. I was voted Germany player of the year three times running and in the team of the year in England – always by the fans – and that is also important to me. I feel that I have the trust of Joachim Low and Arsene Wenger and that I have earned it. I am now 25 years old and at that age every footballer in the world plays in a different way,” said Ozil.

Former Arsenal legend Robert Pires has stated that he expects the club record signing Mesut Ozil to become a major player for the club from next season onwards. After having a great start to his Arsenal career for the first few months in the Premier league, the standards of Ozil slipped down in alarming fashion. Towards the end of the campaign, the German international was so poor that there have been rumours that he could be dropped from the first team. Having cost an incredible £ 42 million from Real Madrid on the final day of last summer’s transfer window, this would represent an incredible loss for the team.

Frenchman Pires, though, have recalled that he took a long time to adapt to the pace of the Premier league. He has recalled that it took him as much as six or seven months in order to play at the level he has been doing in his previous clubs. Pires’ words will provide a lot of confidence to Arsenal fans, who have grown disillusioned with the recent performances of the German international – especially in the big matches. Pires was speaking ahead of the FA Cup final with Hull city, which provides Arsenal with a great opportunity to lift the first major trophy in nine years.

“I like Ozil. He is a very good player, with quality. My first game was at Sunderland and when you come to the UK it’s very difficult because the football is completely different. For me, it was very difficult for six or seven months. When I see Mesut, I say he has had a good first Premier League season. Next season, he will be much better. After six or seven months, it gets easier. It’s totally different in the UK and now Mesut knows!” said Pires.

Tim Sherwood replaced Andre Villas-Boas as the new head coach of Tottenham in December as he was appointed as the interim manager until the end of the current campaign but the 45 years old English coach wants to continue being in charge of Tottenham for the upcoming seasons as he does not want to give up his position anytime soon.

Sherwood has backed his record in the White Hart Lane club as he has the best record of victories in Tottenham than anyone else who has come before him. END_OF_DOCUMENT_TOKEN_TO_BE_REPLACED