Summer signing Jadon Sancho was a second half substitute as his Manchester United side claimed a dramatic draw against Italian Serie A side Atalanta in the Champions League. Manchester United hit the equaliser in stoppage time to earn a point and move closer to a place in the knockout stage. Star man Cristiano Ronaldo was the recipient of the late goal that secured a point for Manchester United in their Group F clash with Atalanta. As a matter of fact, Ronaldo scored twice to take his goal tally to eight goals in eleven (11) games in all competitions. 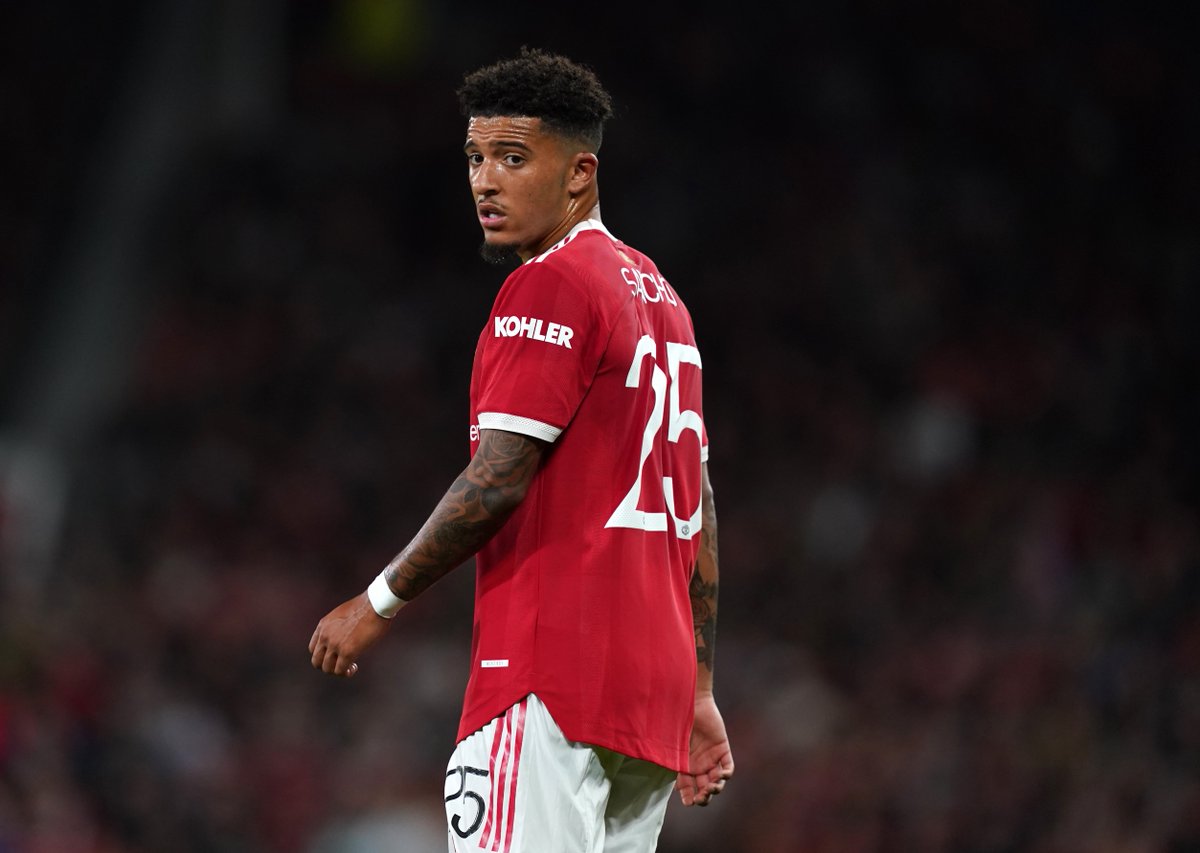 Manchester United tried to sign Jadon Sancho from Borussia Dortmund in the German Bundesliga for over a year and they were unsuccessful until this summer when a deal was reached for around £79m. Jadon Sancho has been largely anonymous since his transfer and he’s yet to score or assist a goal in 12 appearances though it must be pointed out that a lot of the games were played as a second half substitute. END_OF_DOCUMENT_TOKEN_TO_BE_REPLACED

Manchester United winger Jadon Sancho was left out of the starting XI for the disappointing 2022 FIFA World Cup qualifier between England and Hungary in Group I as far as the UEFA section is concerned.


Jadon Sancho was left on the bench despite the fact that he played well in the defeat of Andorra on Saturday. The new Manchester United player provided two assists as England thumped Andorra 5-0 when the two nations met in their World Cup qualifying matchup. Jack Grealish was the man who was subbed on for Jadon Sancho around the 72-minute mark of the away game at Andorra for the Three Lions of England. Manchester City star Grealish came off the bench to score the fifth and final goal of the game. END_OF_DOCUMENT_TOKEN_TO_BE_REPLACED

Fast forward to a year later, United re-opened negotiations with the German Bundesliga outfit, and this time, there was a compromise. After remaining stubborn that they would only sell their star for nothing less than £120 million, they eventually agreed to sell him for £75 million after all parties involved in the negotiation reached an agreement finally. Sancho arrived at Old Trafford and signed his new contract at the club and was finally unveiled as a Manchester United player much to the delight of the fans of the Red Devils. END_OF_DOCUMENT_TOKEN_TO_BE_REPLACED

Jadon Sancho and ErlingHaaland developed a good understanding off and on the pitch on the back of his move from Austrian champions Red Bull Salzburg at the start of last year. Sancho had been at Dortmund since his move from Manchester City in 2017 and he was joined by Haaland three years later.
END_OF_DOCUMENT_TOKEN_TO_BE_REPLACED

Sancho currently plays for German Bundesliga giants Borussia Dortmund but is a well-known transfer target of English Premier League giants Manchester United who have been trying to sign him in the last two years. The Red Devils have been chasing the attacker for some time now and even though they have done well to secure an agreement on personal terms with the winger, they have still not been able to meet up with Dortmund’s asking price for their prized asset.
END_OF_DOCUMENT_TOKEN_TO_BE_REPLACED

Turkish international Calhanoglu shares a similar playing style with Mesut Ozil according to manager Winfried Schafer in one of his interviewsquoted by Goal. According to him, the AC Milan midfielder is the new Mesut Ozil.
END_OF_DOCUMENT_TOKEN_TO_BE_REPLACED

The Blues have reportedly now joined the list of the player’s possible suitors, even though they are also interested in signing his teammate Erling Haaland. Chelsea boss Thomas Tuchel is said to be a huge admirer of both players and he was said to be monitoring the situation of Haaland at the club with the aim of making a bid for the Norwegian striker.
END_OF_DOCUMENT_TOKEN_TO_BE_REPLACED

Carragher sounded a note of warning to Aubameyang on Sky Sports News. He was highly critical of the Arsenal captain for his poor display in the Liverpool game at the weekend. Aubameyang was largely anonymous and had to go off in the second half as the Gunners were thrashed 3-0 at home by Liverpool.
END_OF_DOCUMENT_TOKEN_TO_BE_REPLACED

Although there was little or no noise about any transfer saga featuring United, Sancho, and Dortmund in January, it was a dragged saga and lasted for the entire summer. Red Devils director Ed Woodward tabled up to three offers for Sancho in the summer but none of them met the asking price of Dortmund so no deal was agreed and the player stayed out in Germany as a result.
END_OF_DOCUMENT_TOKEN_TO_BE_REPLACED 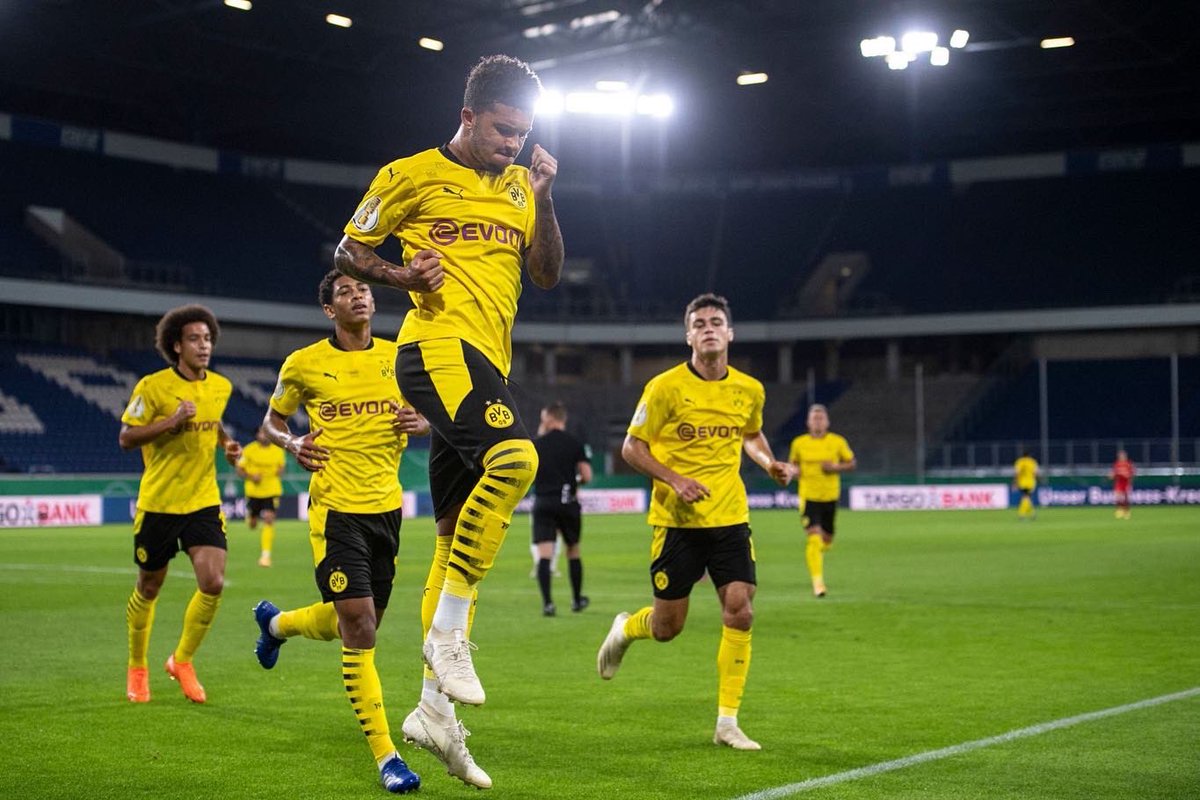 The board, however, failed to secure the signing after the Bundesliga giants insisted that they were not going to down their asking price of €120 million – a fee United were adamantly reluctant to pay. United director Ed Woodward suggested that it was not a wise decision to pay such a huge sum of money on a player who may not hit the ground running immediately after his arrival. END_OF_DOCUMENT_TOKEN_TO_BE_REPLACED